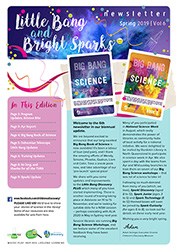 "The forgotten year" - yes, this is the year that COVID-19 blasted across the globe and brought most social gatherings, including schools and libraries to a halt...even with a swift pivot to on-line programs it was pretty clear that we all crave sharing hands-on and face-to-to fun together!

We published a new book! The Big Bang Book of Science was released in October. The culmination of two-years work (and 15 years of developed ideas), this two-volume set contains 24 of our favourite science-based workshops. It’s a DIY for educators, facilitators and parents, and contains all the ingredients needed to run these workshops, there’s background information and a ‘take-home’ flyer that can be copied and given out to each participant. Stunningly designed by Gudrun.

Back enjoying delivering Little Bang and Big Bang workshops in Sydney libraries, many having created imaginative posters and social media posts about the activities.

Check out some of wonderful Facecbook posts by many libraries, especially in regional towns across South Australia, NSW and Victoria. Such an inspiration.

Back at the Abu Dhabi Science Festival with expanded and improved Build It and Kids Dig. 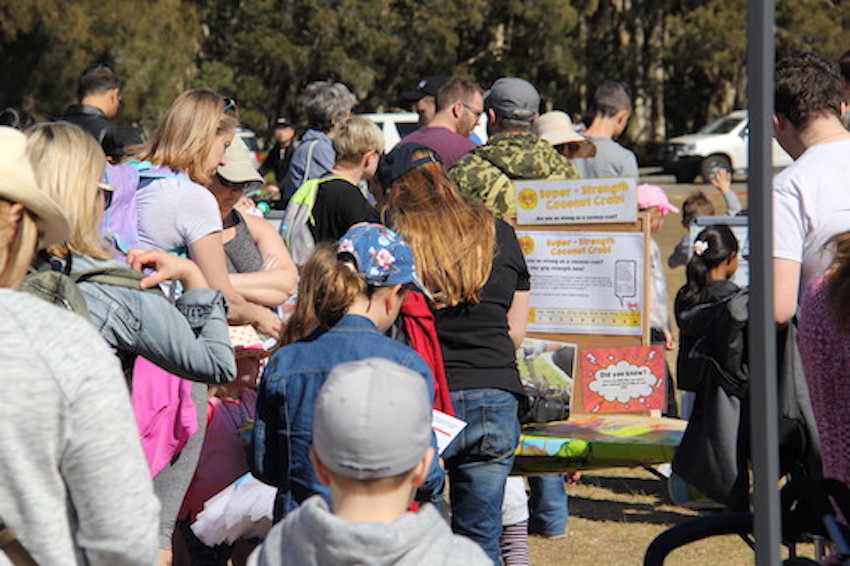 Our Science Tent was a big hit at a corporate family day in Sydney’s Centennial Parklands, featuring a giant set of nails puzzle and Wacky Wobbler creations.

We staged our new Kids Dino Dig experience at the Mount Annan Botanic Gardens along with our Escape Room.

Another new activity; What’s Your Secret Animal Identity (above) was a huge hit at Science in the Swamp, part of National Science Week’s Science in the City. We also staged our Table Top Science Encounters, Surrounded by Science Show and Illuminated Geometry activity at the Royal Botanic Gardens Sydney. 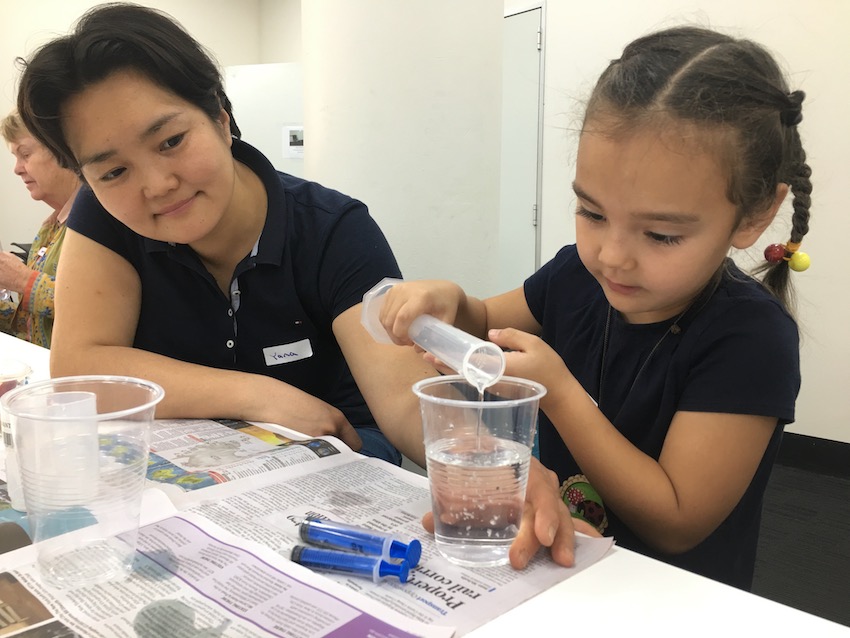 Thanks to co-investment from Inspiring South Australia and logistical support from Public Libraries South Australia, we are continuing to train librarians in regional and metropolitan South Australia. The aim is for Little Bang Discovery Club  to be accessible to all communities through their public libraries and community spaces.

Several training dates are planned for NSW and these can be found listed in our newly relaunched Facebook site!

We are providing science club activities to libraries, partners and events throughout Sydney. Many workshops are now being packaged up for libraries to run these for themselves. Contact us for details. 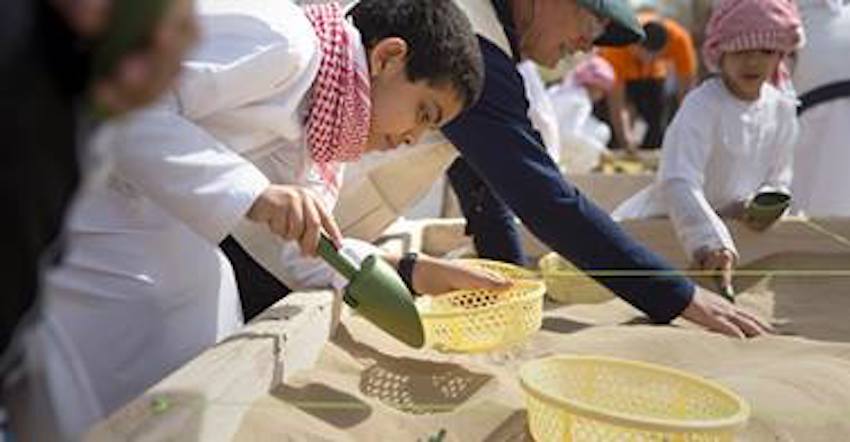 A seed grant from the Federal Government's Inspiring Australia office enabled us to develop a formal training program for librarians wishing to run Little Bang Discovery Club in their service. We ran training days in four locations in regional South Australia and Victoria. We saw the development of local partnerships between libraries and universities, science centres and others with the skills and resources to run Little Bang Discovery Club in libraries and other community centres.

We continued to develop and grow our network of public library collaborators with Little Bang Discovery Clubs and Big Bang Science Clubs running in 20 public libraries in metropolitan Sydney.

We returned to the Wodonga Children's Fair with MadLab and Kitchen Chemistry workshops. Internationally, we returned to Abu Dhabi to run our Archaeological Dig and Artefact Handling activity at the Qsar Al Hosn festival, and brought Kids Dig back to the Abu Dhabi Science Festival. Our SciFest Africa Kids Dig featured again this year. 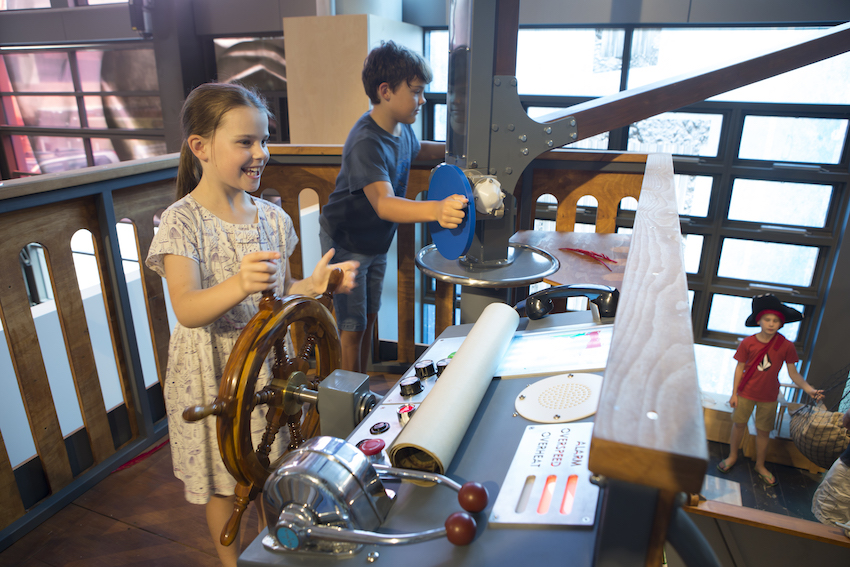 The day finally arrived when the Early Start Discovery Space opened at the University of Wollongong  in May. Noted as a "first for Australia and a model for the world" the Discovery Space is integrated into a university teaching and research facility. We contributed to the development of this unique facility; including the 14 initial experiences, the amenities and service areas.

During the first six months of 2015, we also ran five Little Bang Discovery Clubs, and contributed to library school holiday and after school science clubs. In February, we returned to the Qsar Al Hosn Cultural Festival in Abu Dhabi to run 'Archaeology' and in May presented 16 workshops at the Bialik College Science Festival in Melbourne. 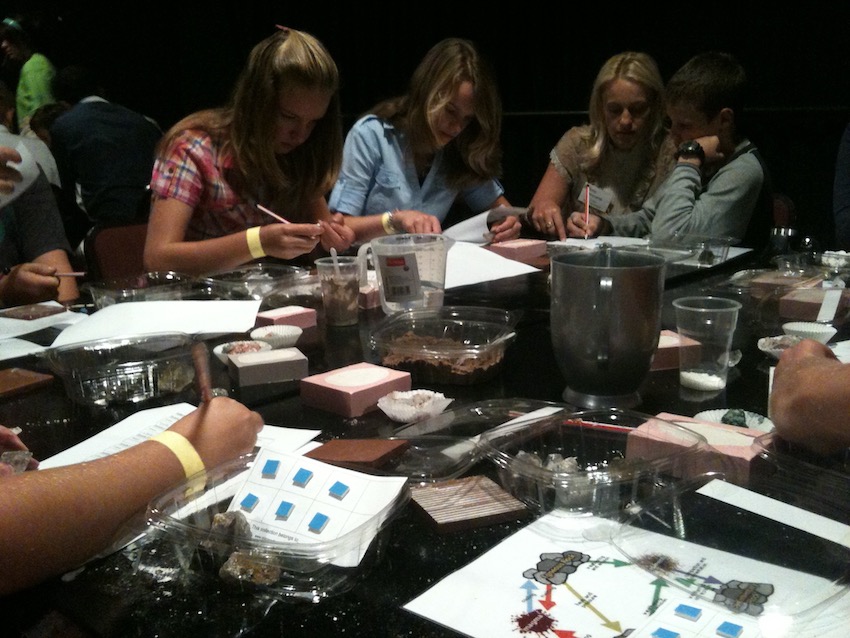 Our busiest year yet with 11 Little Bangs Discovery Clubs, lots of school holiday workshops in libraries and at shopping centres, we took MadLab to two school science festivals and we presented three science clubs at libraries. We were involved in the primary, secondary and community days at the Australian Museum Science Festival, provided three activities at Scifest in South Africa (including Treasures of the Earth, above), ran an Archaeology exhibit at the Qasr Al Hosin Cultural Festival in Abu Dhabi in February and had four workshops at the Abu Dhabi Science Festival in November. 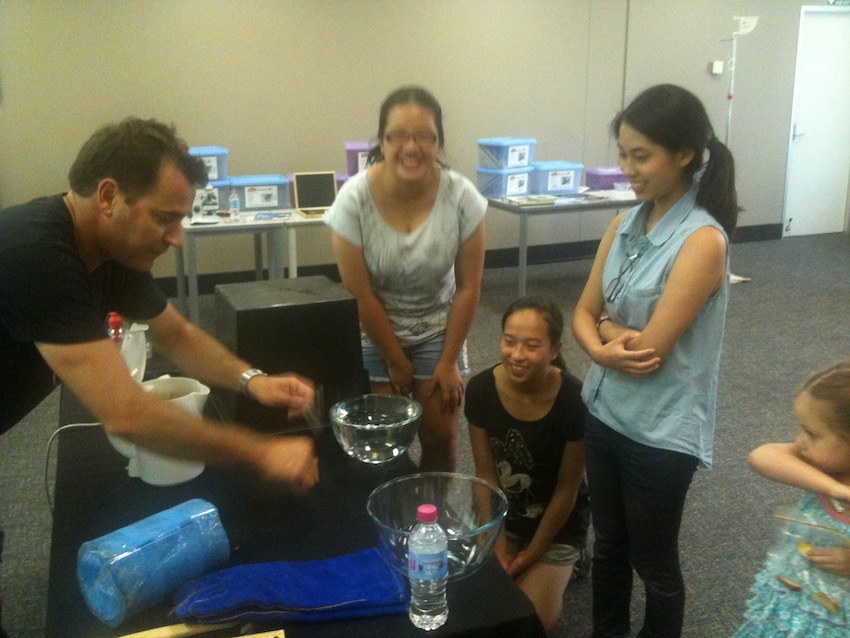 We launched our first series of Spark! Discovery boxes at Randwick Library in Sydney. The Little Bangs Discovery Club for pre-schoolers and early primary school students and an accompanying adult was held in seven libraries across Greater Sydney. We also ran school holiday workshops including MadLab electronics, Kitchen Chemistry, Quake and Shake and made lots of bubbles at the Australian Museum Science Festival in August. We had three experiences at the Wodonga Children’s Festival in October and ventured to the Abu Dhabi Science Festival in November with Kids Dig. 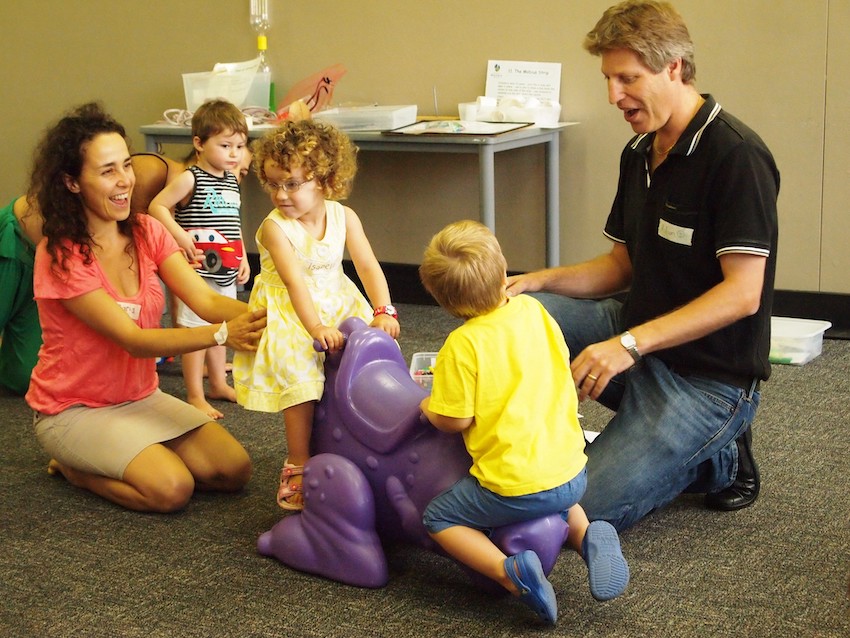 We continued to work on a permanent building to host our experiences and where our visitors can experience our fabulous learning adventures. Our activities were still being staged at venues throughout Sydney including our new and exciting Little Bang Discovery Club for preschoolers and their accompanying adult carers.

We staged a bespoke version of our Kids Dig at Scifest Africa (South Africa's International Science Festival) and toured the Eastern Cape with our MadLab electronics workshop. 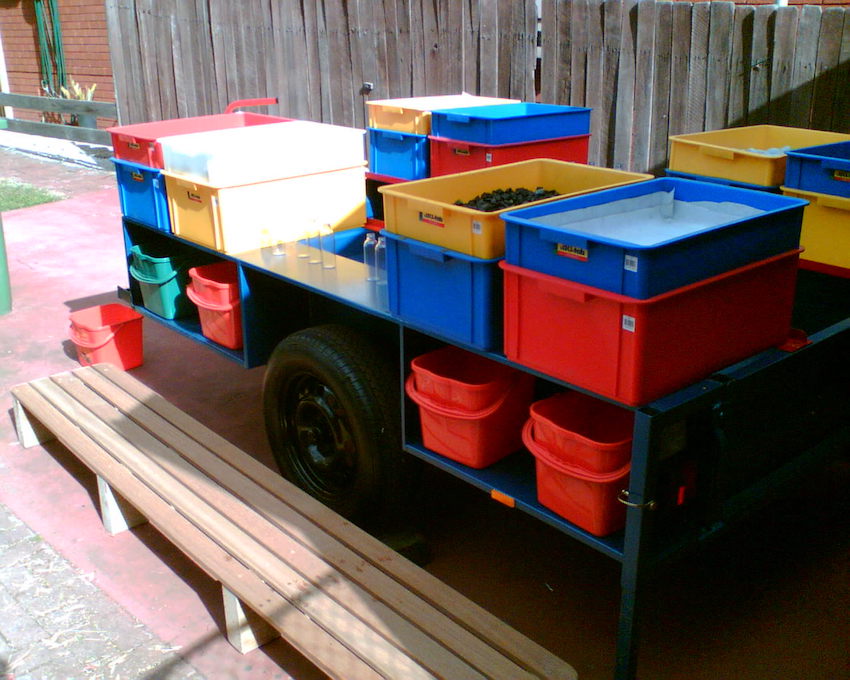 Children's Discovery Consulting has been providing advice and equipment for a number of organisations. The Water Purification trailer was created for the Education team at Sydney Olympic Park. 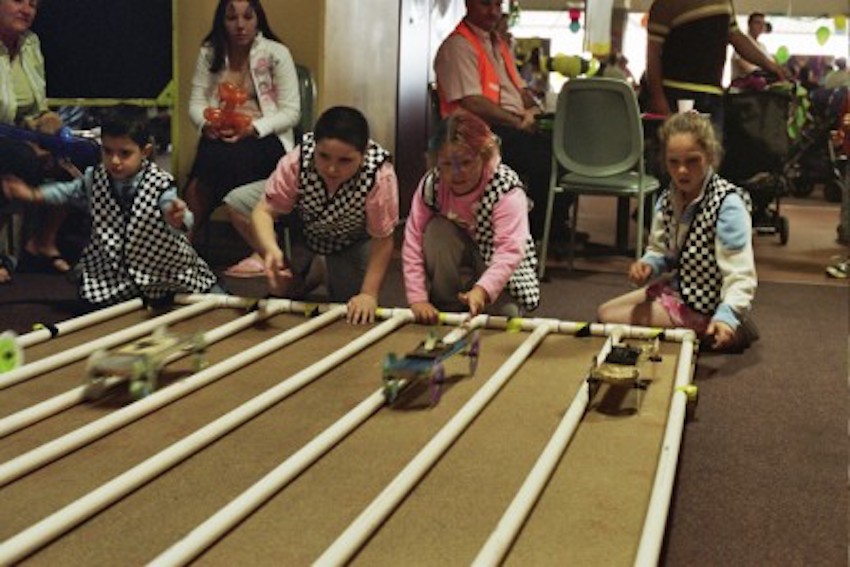 Staff and family of the University of New South Wales experienced our Tour of the Tummy, Table-Top Science and Make'n'Take Science Toys at their family fun day. Rat Trap Racers featured at The Teddy Bears Picnic charity event.

HMAS Discovery set sail from The Rocks, Sydney to Fremantle Ports in September. 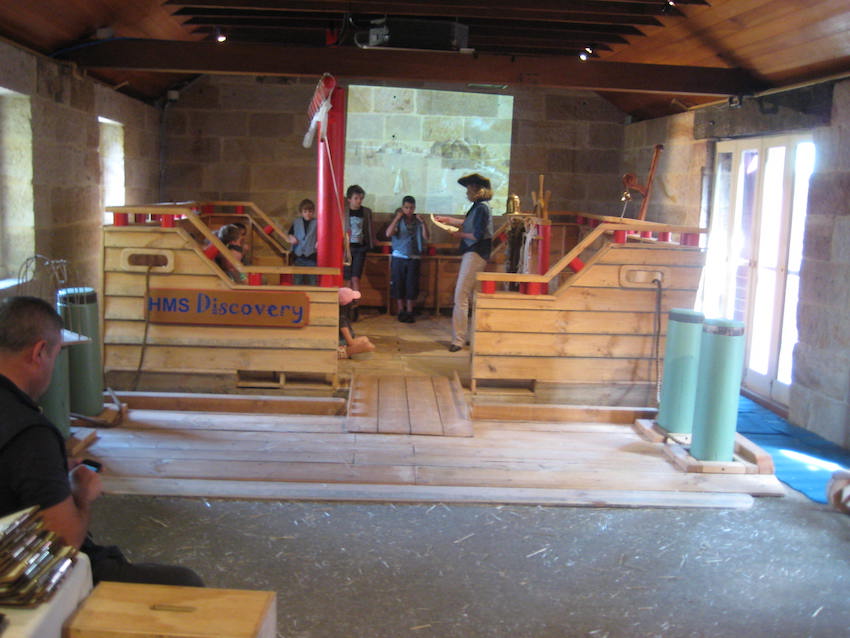 We staged HMAS Discovery at The Rocks in Sydney, the site of European settlement in Australia.

"Join the crew of HMAS Discovery for a journey of adventure and discovery! Help prepare to set sail from Plymouth, England in 1792. Decide what stores to load for the journey and what to take to resupply the struggling colony in Sydney Cove, Australia. It is four years after the first fleet arrived in Sydney and the new colony’s crops are failing so they need supplies from England."

While on board children were encouraged to learn about the challenges of life at sea, early navigation and natural history. 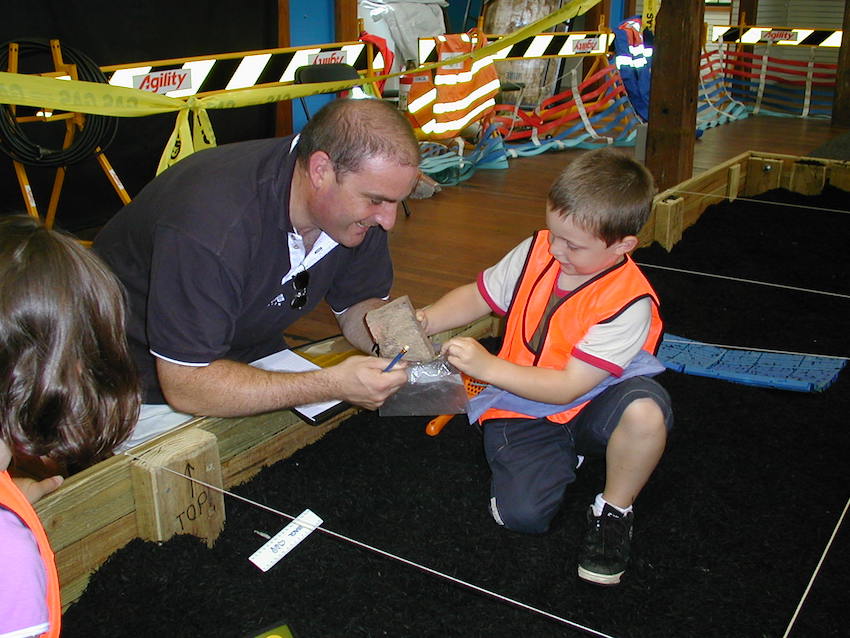 Build It hit the road as Children's Discovery teamed up with entertainment specialist, Just Promotions, to tour Build It and other activities to shopping malls across NSW.  Kids Dig returned to The Rocks, Sydney. We were thrilled to participate in the Ultimo Science Festival with our Tour of the Tummy and MadLab electronics workshop. 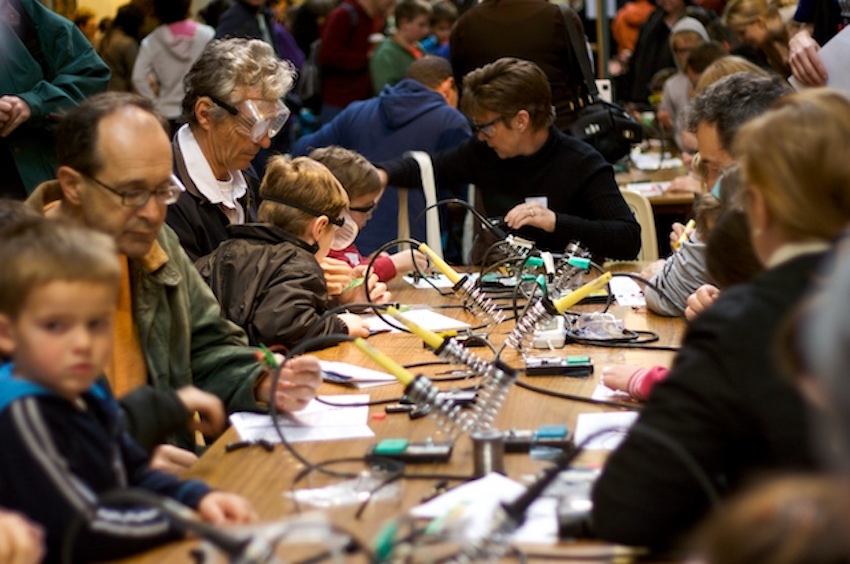 MadLab at the ABC studios as part of Ultimo Science Festival, Sydney

The adventure of discovery was in The Rocks every school holidays this year with Kids Dig @ The Rocks Discovery Museum. Starting in the site office to collect digging tools, note book and vest, children joined the senior archeologists in this simulated dig. 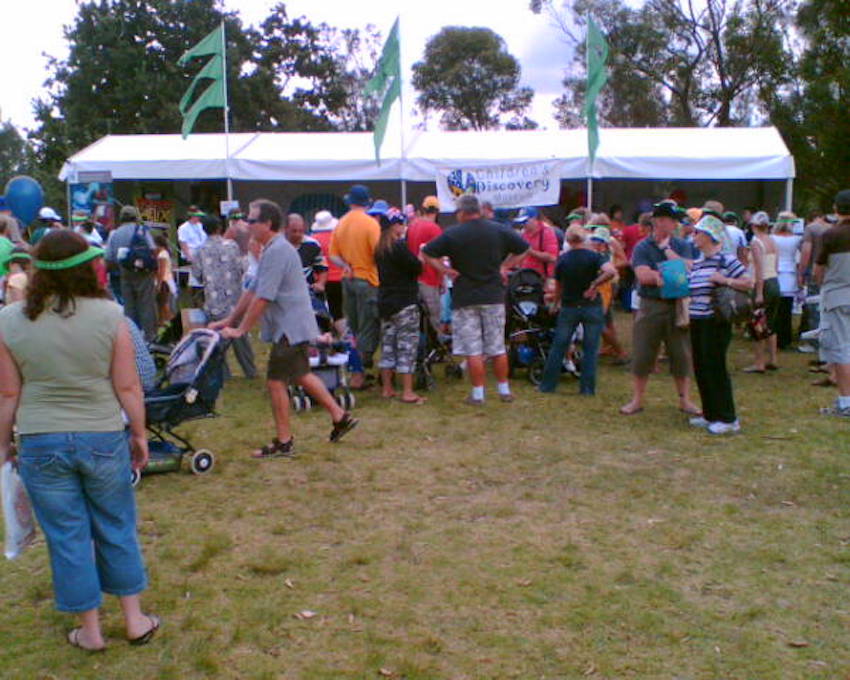 A busy year for our small team: 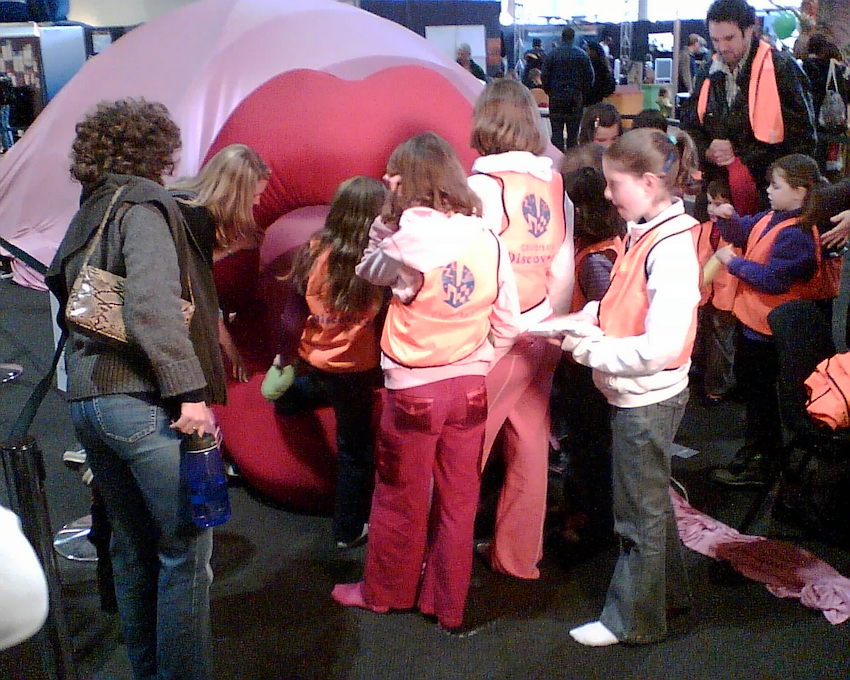 We have been out and about in the community with our exciting programs, highlights include:

All of Children's Discovery came together under one roof! Children's Discovery was voted the most popular activity with the kids 8+ at ABC KIDS LIVE and ranked very highly with the little ones too. "Everyone raved about how wonderful it all was." said Trish Powers for ABC Kids Live. Over three days hundreds of children and adults experienced building a house with Build It and excavated an archaeological site in Kids Dig. Many also choose to experience MadLab and learnt to use a soldering iron to construct their own electronic gadget.

Children's Discovery partnered with the Questacon Science Squad, CSIRO Education and the Department of Education to bring Big Science and Technology Day Out to western Sydney. Aimed primarily at school students in Years 3 - 8, the activities included science shows by Questacon and technology workshops by CSIRO and MadLab. As well, Build It gave students the opportunity to experience house construction first-hand. Supported by University of Western Sydney, TAFE NSW and NewScientist.

Science in the Suburbs 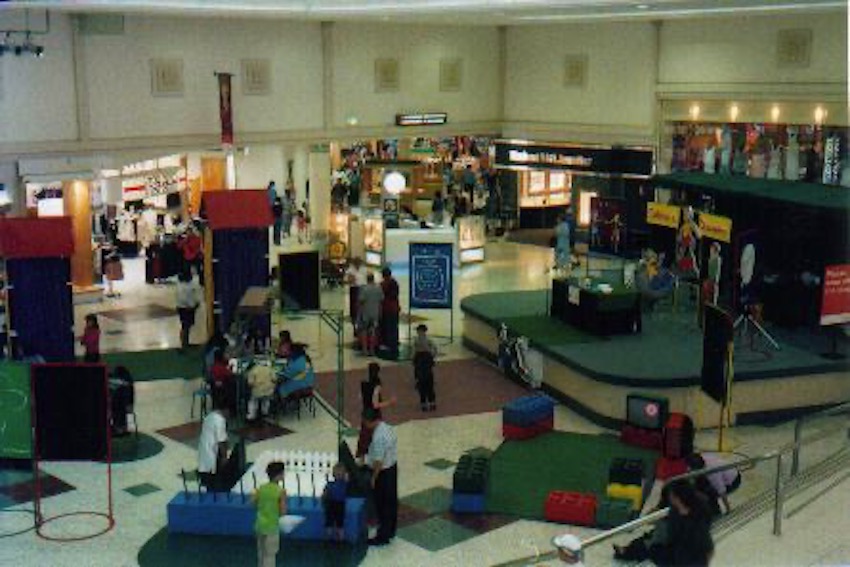 The first public appearance of the Children's Discovery was at two Westfield Shopping Malls: Tuggarah (8 - 12 July 2002) and Mt Druitt (15-19 July 2002). We presented interactive exhibits on loan from Megafun, science shows and technology workshops. We were officially launched by Jackie Kelly MP. Thank you to our wonderful team of volunteers who worked so hard to ensure our first outing was such a great success.